But I think it was close. Ok, not really. We actually have done pretty well working together so far. 10 people, no sleep, bad nutrition, close quarters… pretty much a recipe for a bench brawl. While everyone was getting pretty crispy by day 4, we still managed to get along. Charles assembled a pretty good team.

We’d already discussed moving the aid station to 5 mile increments rather than the 3 we had been doing. Connie felt like we were all up in her face nonstop, which we were. Everyone was so excited to help that they’d all get out of the cars to offer her stuff. So every 28 minutes she’s got 6-8 people shoving crap at her “just as she’d gotten into a rhythm”. So, day 4 we decided we’d leave her alone to do her thing. We filled up her tote with her things and we’d have ONE person take it out to her, and just let her look through it to see if she wanted anything. She even told us to leave it down so she could bend down to get it and stretch her legs, rather than just hold it out to her. I can’t even get my car key off my shoe after I run 12 miles. I’m 100% sure that if you cut her legs open, it would look like this: 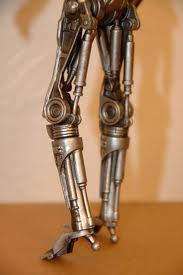 Incidentally, do not ever include the word “dissect” when you do a Google search. Trust me.

We kept one person on the road with her, just had them stay WAY back. Her other complaint was that she was having trouble staying on her own pace due to the sounds of other people’s foot steps. With it being a busy road with lots of fast cars and us being up to 5 miles away from her, everyone felt more comfortable having someone else out there with eyes on her in case something happened.

ANYWAY (ADD much? 10 minutes went by since I finished that last sentence. No lie.), she got on the road just before 6 and was off and running. Shortly thereafter, it started to rain. Of course, no big deal for her, but now we were tasked with the decision of sticking with the 5 miles we agreed on, or stopping in at 3 to offer her rain gear. We split the difference at 4 and just kinda hoped she wouldn’t know. She did elect to change clothes and she was off again.

Not as much to report for the first part of the day, since we barely saw her. But when we did, she looked great. Here she is just as the rain was starting to let up. She had about a 50k left to go at this point, I believe. 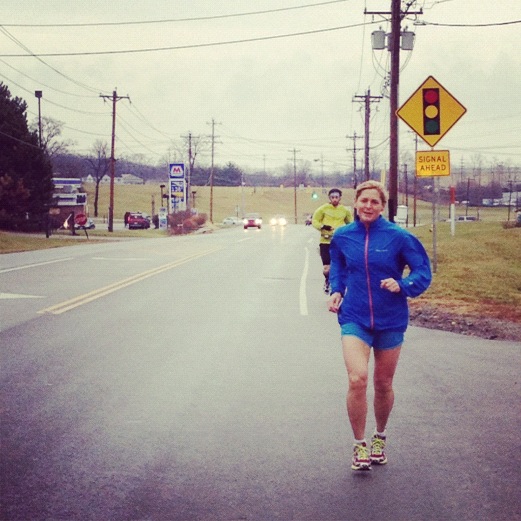 Next stop, she’d have less than a marathon to go, which is a big moment for her. The equivalent of “the finish line is just around this corner” for the rest of us mortals. We knew once she found that out, she’d pick up the pace for the homestretch. You know, the homestretch of only a marathon to go. Nothing weird about that.

She was taking mostly only water and gels, which was quite different from what she’d done the other 3 days, but it seemed to be working for her. No real stomach issues other than almost puking from one of them. She said that it wasn’t funny, but I said “I’m still laughing”. No wonder she’s so successful. Supportive friends.

Once she got to the edge of downtown Cincinnati, she got her final police escort, all the way to the finish. Charles jumped in to run the last 10 with her, and she also had a couple local runners who’d popped in along that stretch. Charles said his favorite part of that last 10 mile run was the 1 mile uphill climb. If you believe that, you haven’t run a mile uphill with her. 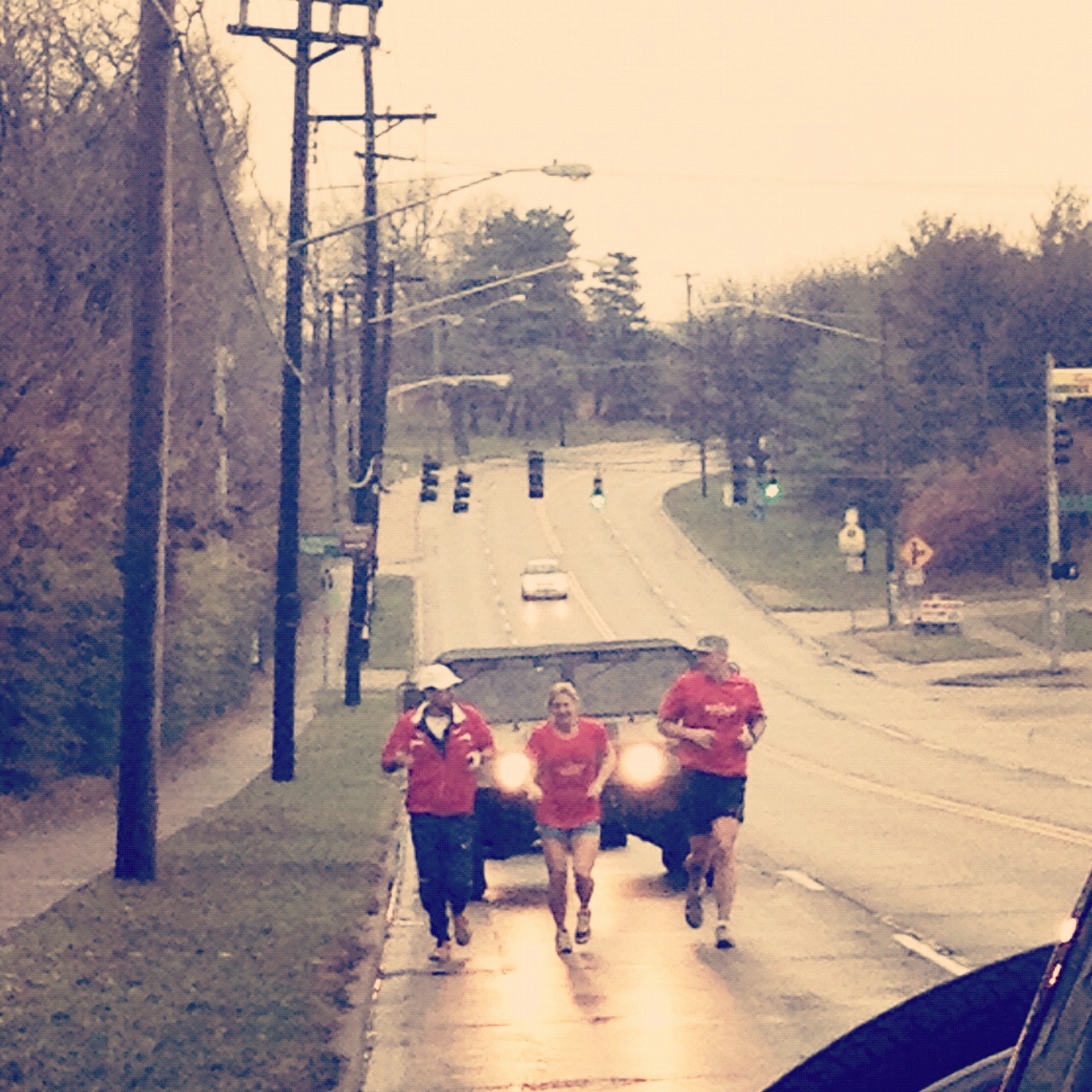 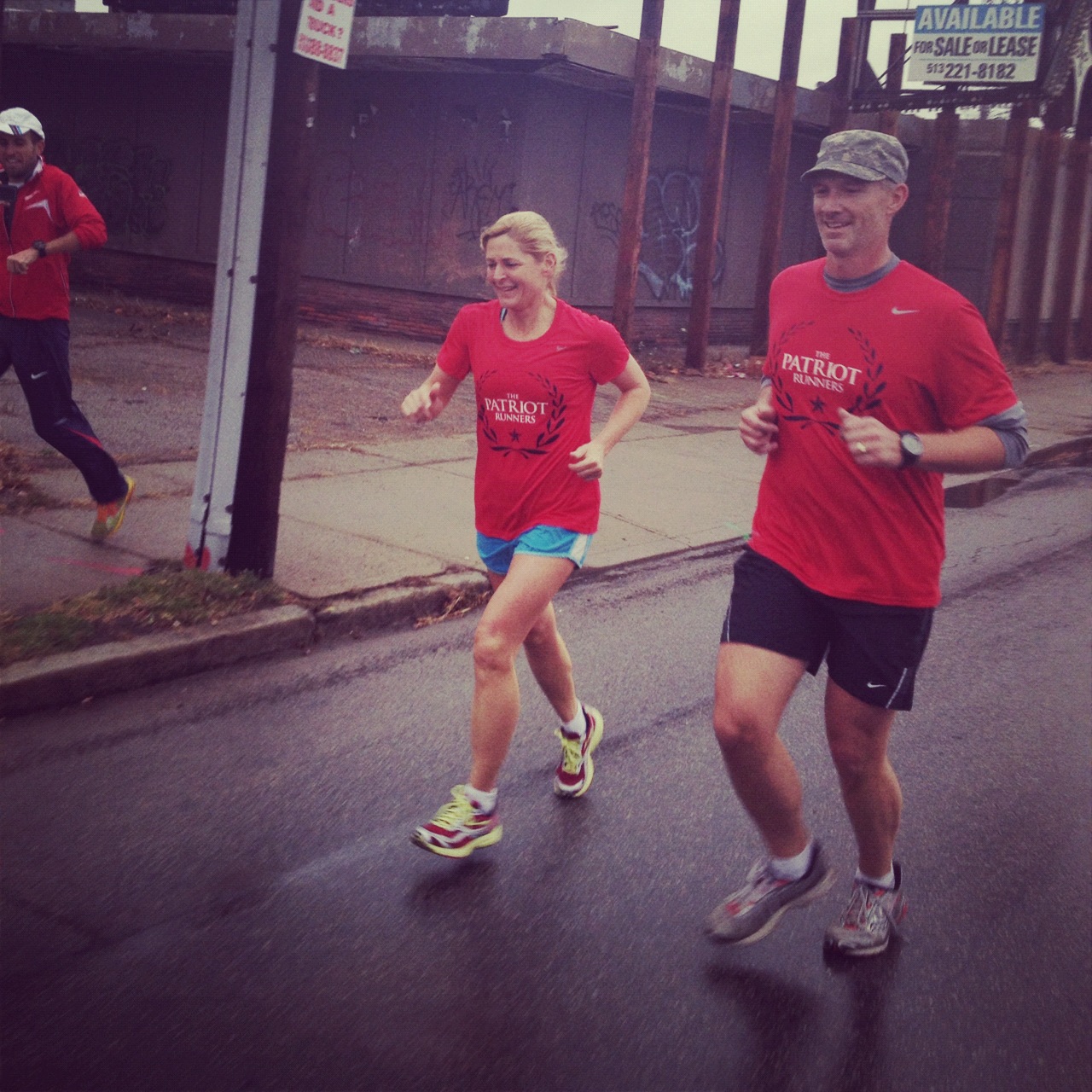 I tried to yell out the window to the people on the streets of the city what she was doing/had done to get them to give her a shout out, but this was a colorful bunch to say the least. I got “the long way?” as a response, a guy who busted out laughing, a guy who pointed a leaf blower at her, a pimp, a dude that looked like he was running from our police escort… you get the idea. Ahhh Cincinnati was a fun place.

This police escort was not as on point as the one through Delaware, and the people of Cincinnati weren’t on the ball, so we kept getting stuck behind cars and all sorts of nonsense. But, of course, Connie Gardner doesn’t wait for cars or police. They wait for her. A few times, they passed us. 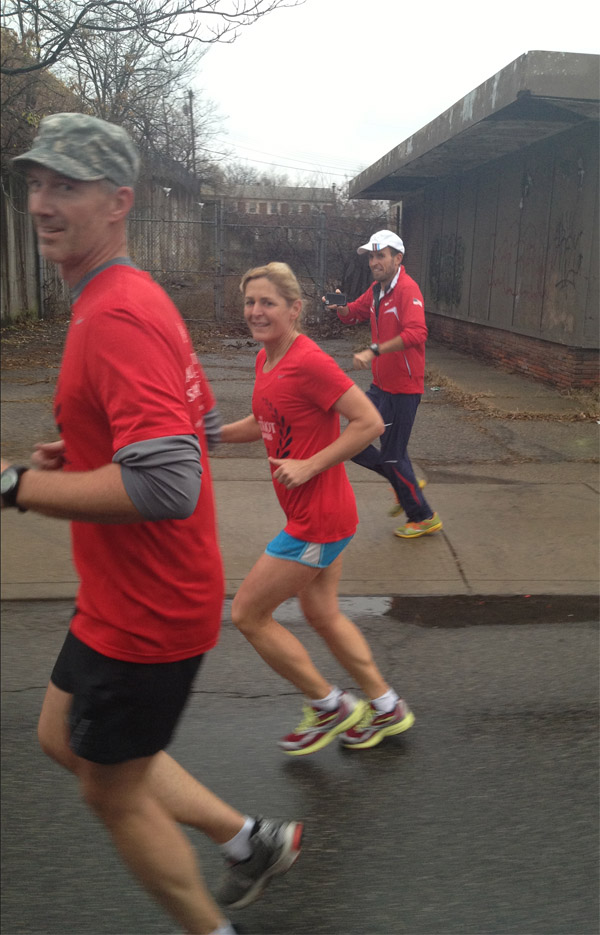 Notice that she’s smiling in every picture while you remember she’s run 240+ miles to get to this point.  Also, look at her legs.  Damn.

With 5k to go, her smile increased even more.  The vehicle I was in pulled ahead so the girls could set up a finish line for her to cross, which was SO CUTE.  She came around the corner and saw that, and picked it up even more.  In fact, the second she saw it, she made a beeline for it, to the point that she looks like she’s not running the same direction as Charles in the only picture I was able to get before they about plowed me over. I was hoping there would be a few people / news / something at the finish to greet her other than us, but what can you do. We made it as grand for her as we could, and we had Gwen, which is all she really ever needs.

A couple group pics (too many cameras in the kitchen) with the Humvee and she was off to shower and then a big meal and then home. 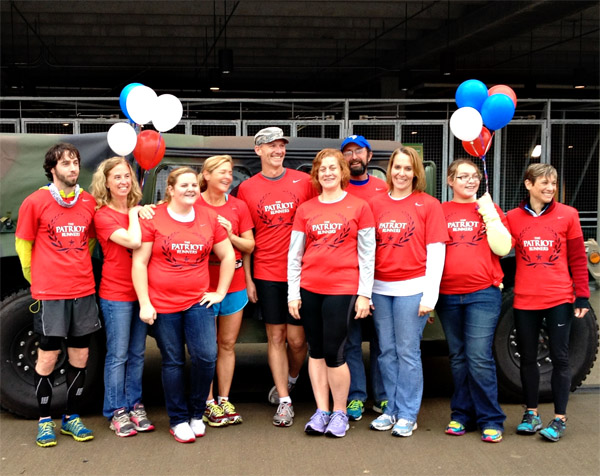 In typical Connie fashion, she tucked herself into the back of the photo like she was just a face in the crowd, and not like the one who just ran 246+ miles across the state of Ohio in 4 days.

We can’t be sure what her actual running pace is, since she stopped at the aid stations for 1-10 minutes, had bathroom breaks, and so on and so forth. Given the data that we do have, I can say for sure it was sub-10 minute miles, and quite possibly closer to 9:30. Her last 10 miles I think were in the 8:40 average range, and her last mile was definitely sub-8.

So, she did it. Her test run for Run Across America is complete. She looked strong literally every step of the way, and there’s not much doubt in anyone’s mind that she won’t be able to set a World Record next June when she attempts to run from San Fransisco to NYC in less than 47 days.

And, she’s doing all of this for charity. To raise money so that wounded vets can get back on their feet and exercise again. If you haven’t already, please consider making a donation to Patriot Runners. If you donate just $.25 for every mile she ran, that $61 could put a pair of running shoes on someone who wasn’t sure they’d ever walk again, let alone run. If you can’t manage $61, donate $10. Or $5. Every dollar will help. Running across Ohio is a challenge, but it’s not nearly the challenge of going to fight for our country and then trying to put your life back together after losing a limb in doing so. We owe it to these brave men and women who sacrifice their lives every day so that we can enjoy ours.

On a personal side note: I could live 100 lifetimes, and never again meet another person like Connie. I say that not because of her accomplishments, which are staggering, but because of who she is. You will not find more humbled and caring person. If she saw a child, she stopped to say hello, or hug them, or shake their hand. She spent more time worrying about the crew than the crew did worrying about her. When someone asked her if she did this run for charity or as a personal challenge, she answered “for charity” without a single moment of hesitation, when you know this had to be a challenge – even for the mighty Connie Gardner. She took time out of every day to ask us how WE were doing and were we sleeping ok and eating ok and did we feel ok. She made running 65 miles a day seem like going out to check the mail. She was smiling, laughing, and telling stories every step of the way. Most of us can’t get through a few miles without complaint, and she did it for 246. The only thing I heard her complain about, besides us bugging the shit out of her, was that her knees hurt at night, and it made it tough to sleep. I’ve never been a part of anything even remotely close to this, and I consider myself extremely lucky to have been able to do it. It was worth every bit of lost sleep, the near heart attack I had when I tried to run 3 miles with her, and the condition of my backside after 130+ miles on my cheapo bike just to be able to see her do what she did. She makes us all better people, and better runners, just by being her. Every single person in her life considers it an honor to be there, and I am no exception. I look forward to helping her set her world record, and sitting in the car or on a bike while she does it will be the accomplishment of MY lifetime.