Ran 3 miles @ 10:59 pace. Everything about it sucked. The route, the weather, how I felt, etc. Hard earned extra calories there.

Breakfast - Oatmeal with 1/2 an apple, pecans and Craisins 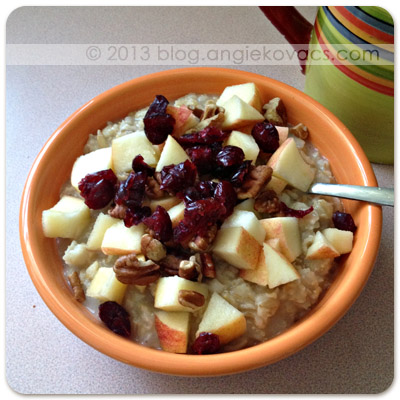 Lunch - Chipotle out with my boy. They have a nutrition calculator on their site. Another tip, get the sour cream on the side and add just a tablespoon or 2. It’s enough, and it’s worth the few calories. They put SO MUCH on there normally. I had guac, too, on the side, but Sean was currently eating it with his chips so it’s not pictured. 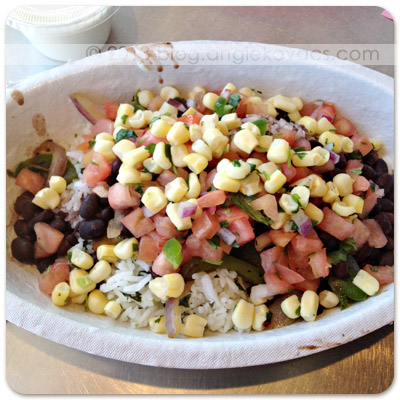 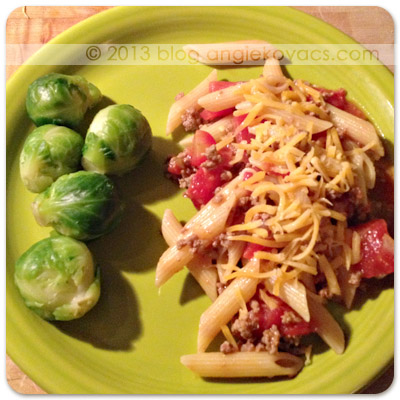 I doubled this except I used 1lb beef total (double would have been 1.5lbs). Also, WW pasta isn’t lower enough in calories to make it worth pissing my entire family off, so I just used regular. It really DID taste like a cheeseburger. Strange, but decent. Not used to mustard in pasta. Haha.

It was a reach to get it all done today, as Sean had a 10:20 doctors appointment 30 minutes away. So I couldn’t mess around drinking my coffee for 30 minutes like usual, I had to get up, drink, run, shower, eat so we could get out the door. Today would have been an easy day to say I didn’t have time to run. It also would have been an easy day to say “oh well” and eat way over my calorie limit since we have a tradition of stopping at Menchie’s for froyo on the way home. I just had a small bit of vanilla and chocolate twist with strawberries, which kept it under 150 calories, and I was able to squeeze it in for the day and not feel like I missed out on anything. Especially since even when I’m eating like a lardass, I still only get vanilla with strawberries, I just get more of it, and I add granola.

At any rate, I still went over, but only by a little (<100), and I’ve been under every day until now, so if you look at the week, I’m still well under. Tomorrow I’m running longer. Yay more food. LOL I’m pathetic.