I’m not even lying when I say this: It wasn’t NEARLY as bad as I thought it would be.

I ate my breakfast around 8:45 and went about my day. I dropped my car off at the shop and walked home 3 miles. Later I walked another mile to pick up the rental. I drank a ton of water. I had a soccer game at 6:30pm. I was worried about how I’d be able to run, so I offered to be goalie. I ended up only playing goalie for half and field the second half, and actually felt fine (other than having to pee something fierce!).

I didn’t get home until 9pm to make my salad. So a full 12 hours between meals.

I’d say 2-3 times the hunger hit me a little, but within a few minutes (10 or so) it passed. I wasn’t even really that hungry for the salad. I could have gone without it. I forced myself to eat it, though. 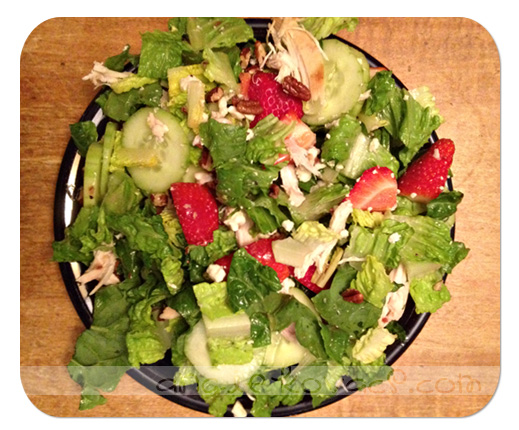 All in all, it was an easy day. I think it was actually easier to just not eat all day than to try to figure out what I could have or couldn’t have, how many calories I had left, how many calories were in this or that and so on. I was barely hungry, and my energy level was fine. As an added bonus, I kept the water flowing, so I’m good and hydrated. I liked it! I’m actually looking forward to the next one – HOW WEIRD IS THAT, Y’ALL?